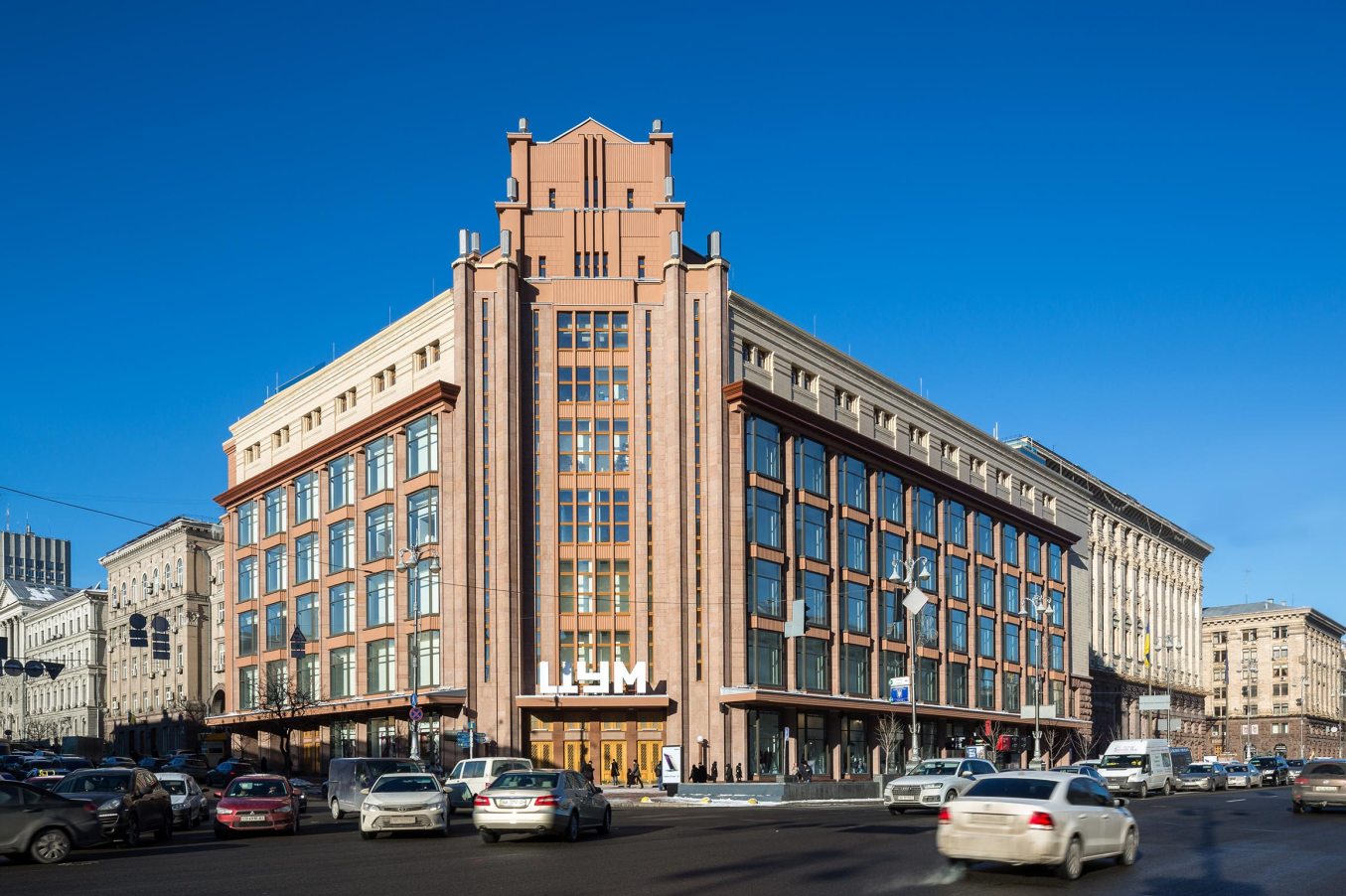 Kyiv central department store( KCDS) – store in the center of Ukraine, historical and architectural memorial. It was built in 1936-1939. During 2012 – 2017 there was a total reconstruction. The inner part was fully replaced but the historical facade kept the same. Restaurants, shops and the floors were opened by the end of April 2017. The trading space was organized according to the classical department store principle. Thanks to its conveniences this format is very popular all over the world. Each floor in the department store assigned to one or a few category of goods. The space is organized according to the department principle.